The tiny deep red pearls called Ragi is an annual cereal plant which is botanically known as Eleusine coracana. It is commonly known as Finger millet in English, Kelvaragu in Tamil, Nachani in Marathi etc. Some Indian varieties of ragi are Kempu ragi, Ragalli shivalli, Pichakaddi etc.

It is widely grown in the arid regions of Asia and Africa. This monocot plant is usually intercropped with legumes like peanuts, cow peas etc. The best character of this monocot plant is that it is not bound by season and can be grown throughout the year. This crop is one among the hardiest crops which can withstand severe drought conditions and can also grow well under scanty rainfall condition. However with good irrigation facilities the yield of ragi matches with crops like rice. Ragi seeds remain free of pests and insects for a long duration extending up to 50 years hence serving as a food reserve in case of tough situations like famine. 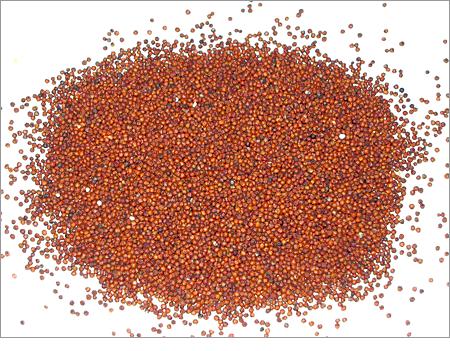 Decline in the usage of ragi

Ragi used to be a staple diet for a wide community in India. The people of Karnataka still   consume ragi in the form of ragi mudde regularly in their diet. However with the onset of green revolution the focus of government shifted towards crops like rice and wheat. People started to shift from a ragi based diet to other cereals which decreased the usage of ragi gradually. However research has proved that ragi is much more nutritious than cereals like rice, sorghum, wheat and is available at a cheaper price. Ragi can be used to handle harsh situations like famine and large number of poor people suffering from malnutrition. Ragi can provide ample amount of calcium and protein to those people who cannot afford milk.

With so many delicious dishes made up ragi around and being aware of the nutritional and medicinal significance of ragi should we not take a decision to increase the cultivation and usage of the outstanding grain – Ragi.

Watt and Breyer-Brandwijk, 1962. The medicinal and poisonous plants of southern and eastern Africa: Being an account of their medicinal and other uses, chemical composition, pharmacological effects and toxicology in man and animal